Home / News / What is the working principle of continuous flash butt welding machine?

What is the working principle of continuous flash butt welding machine?

The welding cycle of the continuous flash butt welding […]

The welding cycle of the continuous flash butt welding machine is composed of flashing, upsetting, holding and stopping procedures. The two consecutive stages of flashing and forging constitute a continuous flash butt welding head forming process. The maintenance and rest procedures are necessary in the Hydraulic welding machines operation. Preheating flash butt welding has a preheating stage in its welding cycle (before flashing). The essence of the formation of flash: turn on the power and make the ends of the two weldments slightly touch. Many small contacts with very small resistance will be formed between the counterparts. Under the heating of a large current density, they will instantly melt to form a liquid beam connecting the two ends of the counterpart. At the same time, under the effect of radial electromagnetic compression force, electromagnetic repulsion and electromagnetic gravitation on the surface tension of the liquid, strong heating is added. There is a huge pressure difference between the interior of the lintel and its surface. For example, the data in flash butt welding of low-carbon steel shows that the current density in the lintel can be as high as 300A / mm2 at the moment of blasting, and the metal vapor pressure at the moment of blasting can reach hundreds of atmospheres. And its temperature is as high as 6000 ℃ -8000 ℃, liquid metal particles are ejected from the gap of the counterpart at a temperature of more than 60M / S to form a spark jet-flash. In flash butt welding, in order to obtain a high-quality joint, the following three requirements must be met at the end of the flash phase: 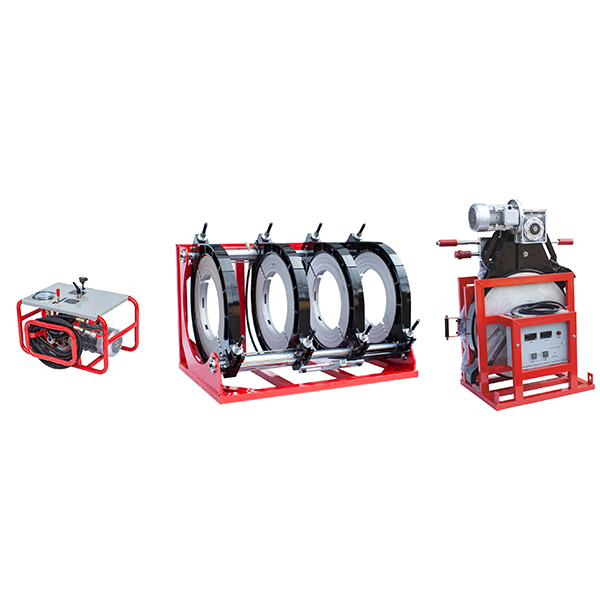 (1). The metal at the counterpart should not be oxidized as much as possible. This requires that the flash be carried out stably and intensely, especially that the weldment should not be short-circuited during the flash process, otherwise, the end face will be locally overheated.
(2). Obtain a suitable temperature distribution in the counterpart and its vicinity. The mark is heated evenly on the end face of the mouth, and a suitable temperature distribution is obtained along the length of the weldment. There is a thick liquid metal layer on the end face.
(3). Upset forging is the later stage of flash butt welding, which is to apply upsetting force to the weldment to make the burnt end face tightly contact. And make it necessary to achieve high-quality combination of operations. In flash butt welding, in order to obtain a high-quality joint, the following requirements must be met at the end of upsetting: that is, sufficient and appropriate plastic deformation is obtained for the butt and its adjacent area, and the safe and reliable way is to make those metals that have been oxidized during the flash stage. Use upset forging to squeeze into the burr as much as possible with the liquid metal. The upsetting stage is composed of electric upsetting and non-electric upsetting. Electric upsetting is to prevent the liquid metal on the end face from being prematurely cooled, so that the counter heating zone maintains a certain depth. Preheating stage: On the welding machine, the temperature of the end face of the weldment is increased to a suitable value (usually 800 ℃ -900 ℃ for the chain) by preheating, and then the flashing and upsetting process are carried out. There are two preheating processes: resistance preheating and flash preheating. There are also deficiencies in preheating, namely low production efficiency, complicated process control, wide preheating zone and poor quality stability of the joint. So recently, many chain manufacturers have also adopted a strong standard welding process, eliminating the preheating stage

PREV: Mechanical and technical properties used in the welding process
NEXT: What kind of preparations are needed for the flash butt welding machine before welding?